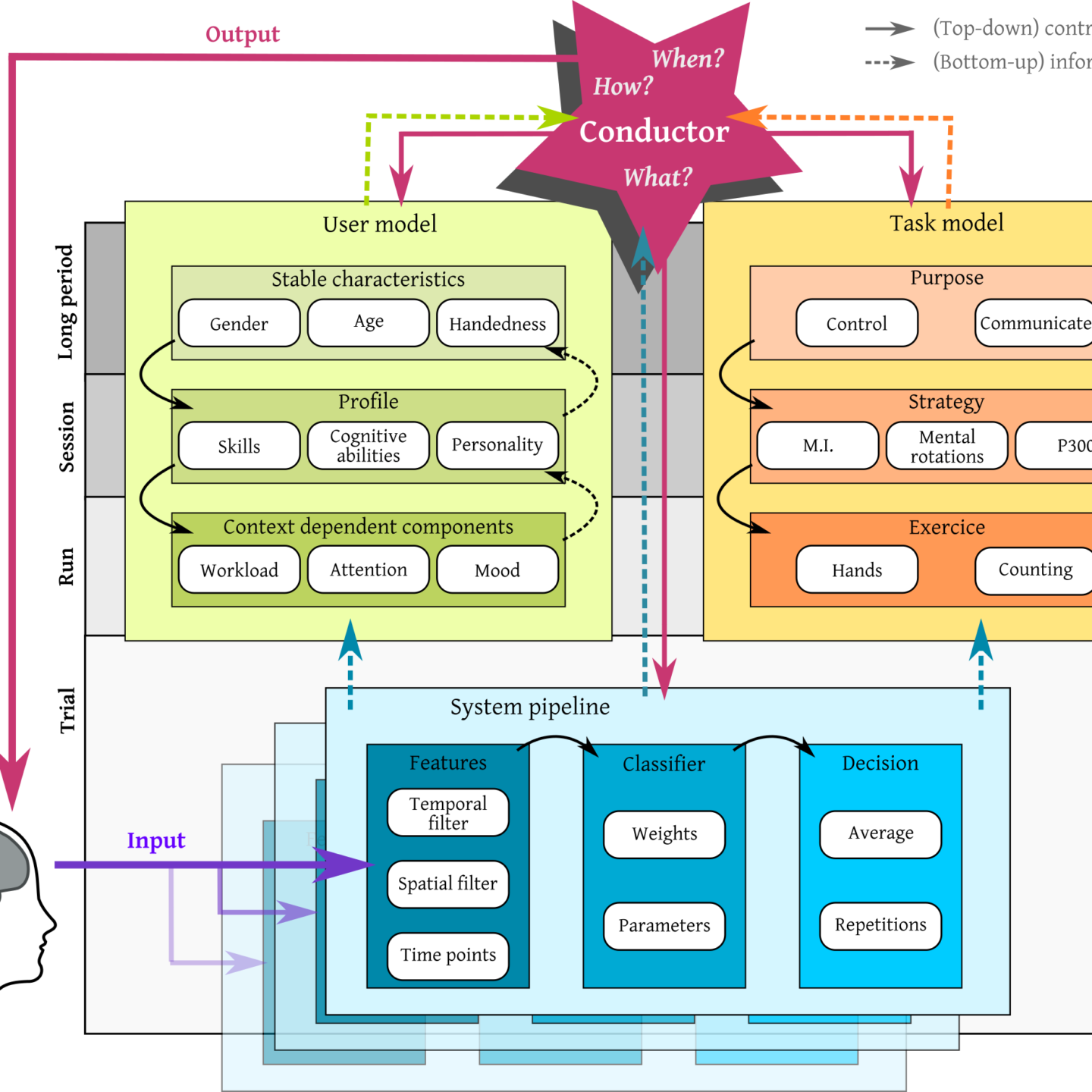 Throughout this chapter, we emphasized the crucial need for adaptive methods in order to optimize the design and online performance of BCI. We stressed out the fact that, in order to create an overall adaptive system, it is not sufficient to consider adapting the signal processing and classification techniques, but also the output and the task parameters, in order to fully accommodate the user’s variability in terms of needs and psychophysiological states. Following that requirement, we created a framework, comprised of:

For the first time, we conceptualize a fully adaptive BCI system, with respect to the user needs and states. The existing adaptation methods are described through an extensive literature review of each element of both types of models (user and task) and of possible low-level pipelines for raw signal processing.
The potential benefits of using this framework are numerous, for one it :

Although invasive EEG (ECoG) approaches consider different signal processing methods, the same principles for co-adaptivity (Sanchez 2009) apply for any BCI system. We believe this framework will contribute to delve possible future research paths, and give rise to novel challenges and ventures.

You can find the author’s copy on my publication page. 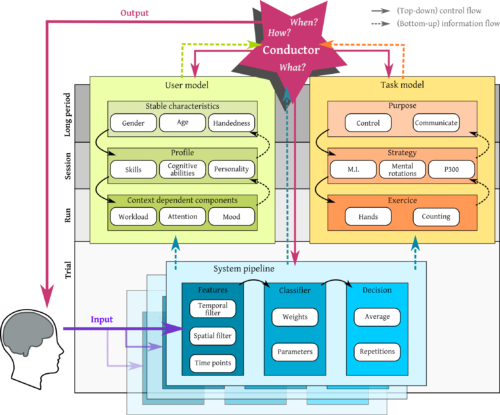